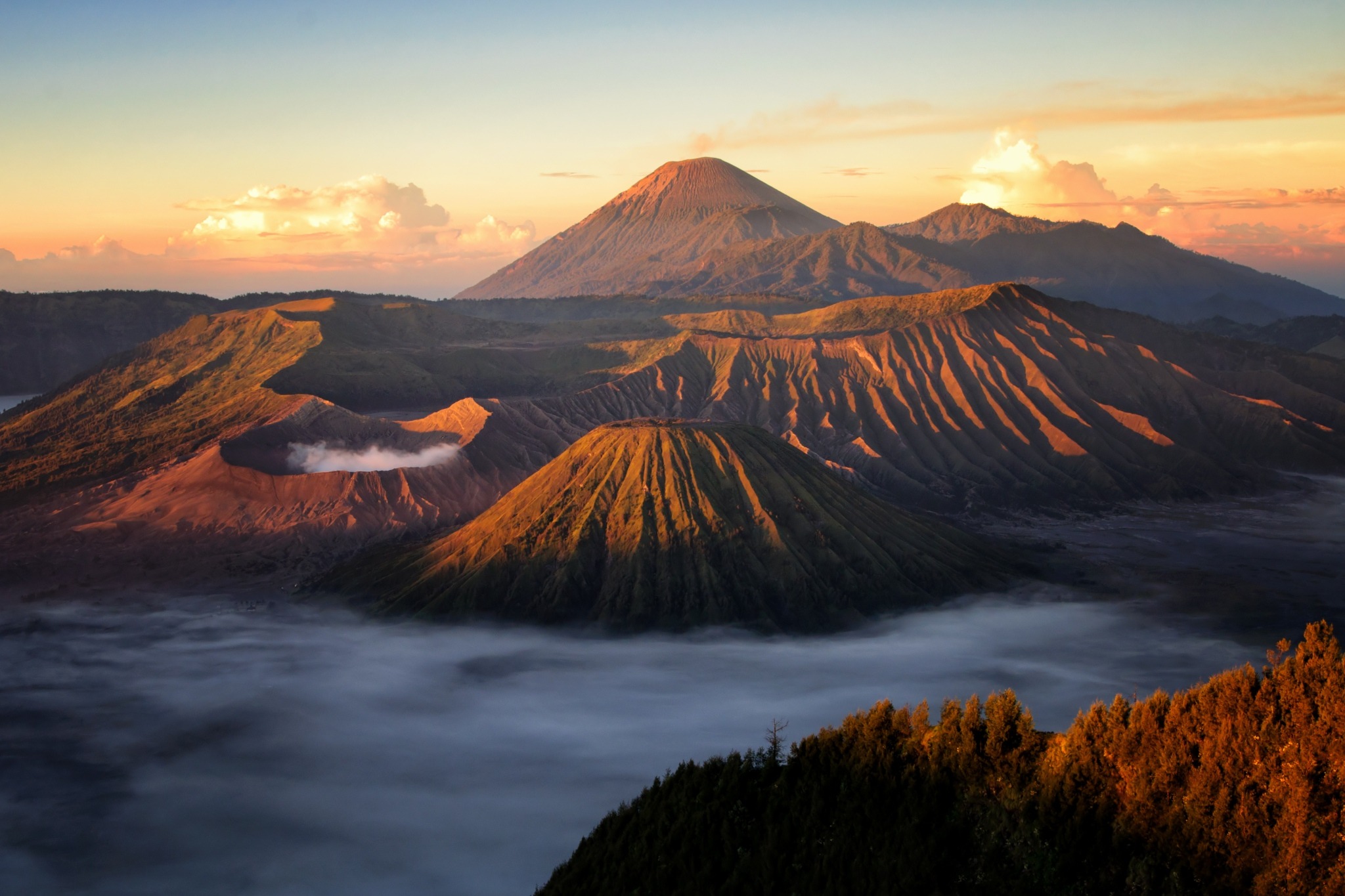 Indonesia: Karaoke at the Parking Lot

After watching the sunrise over the Bromo volcano, I had to go back to a bigger town to catch a train. I packed myself quickly, and at 7:45 am I went to a minibus stop. My minibus had already been there, but it turned out that it would go once it would be full (15 people). I was the first one, but I was hoping that other tourists would come soon. Two hours later I was still the only one passenger… That’s the dark side of the low season…

Luckily (???) one local man, who was wandering around, offered me a ride on his moped. I looked at my watch and realized that it was my only chance to be on time at the train station, so I agreed.
The driver took my big backpack between his legs and we went down the mountain road. We had to cover 2300m elevation difference and sometimes the road was really steep. And the man was driving insainly fast. The speedometer was broken, but I think that on that steep, curvy and heavily damaged road we were reaching 80km/h (50miles/h). He was overtaking jeeps and buses, that where more adapted to the mountain conditions. He was also constantly singing, and shouting on people one the pavements (I asked once “your friend?” and he answered “yes your friend”. Since then after every calling to a friend, he had been turning to me saying “your friend!”).

He was constantly talking to me using very poor English. First, he asked if I liked karaoke. I replied that I couldn’t sing, and he said that was very cheap, only 200000 rupees. I was little surprised that karaoke cost over $13 but I didn’t want to dig into it. Then he started talking about a ‘parking’. ‘Parking’ and ‘parking’, ‘very cheap price’. It was windy and noisy, and I could barely understand his English so I nodded hoping that he would better focus on the road instead of turning back and gesticulate.
It was really stressful, I didn’t have a helmet and the driver looked a little crazy. The views were spectacular, but I was only thinking how not to fall off the motorbike or if we manage not to hit the bus coming from the opposite direction. I thought my problems were over when we reached the flat part of the road.

Naive me…
Suddenly we stopped at the supermarket. He pulled me inside, then he took a pack of the condoms from the shelf (first he had shouted loudly to a shop assistant where he could find it, so all customers – mostly Muslims, had looked at us stright away). ‘maybe he’s buying for himself?’ I thought, but no, he gave it to me! I was frozen, rapidly trying to figure out what had just happened. Maybe I was holding him to tight on the motorbike and I was misinterpreted? Or maybe when I was politely nodding during the ride, I agreed to something???

I was shocked. I asked what it was for and he said again – “Parking, Parking. And massage very cheap”. Then I understood… It was not ‘parking’ what he was saying, but fucking – my new friend wanted to take me to the bordello (‘very cheap price 200000 only’)!
I managed to persuade him not to go there, however he was very surprised, because you know – ‘very cheap price my friend’. I just couldn’t guess what was all about the karaoke but when we were passing by the bordello (where he tried to convince me to go there again) he showed me how you hold the microphone during karaoke and the mystery was solved

Ps. I was at the train station on time!